This tutorial is a quick introduction to the basics of Circos. 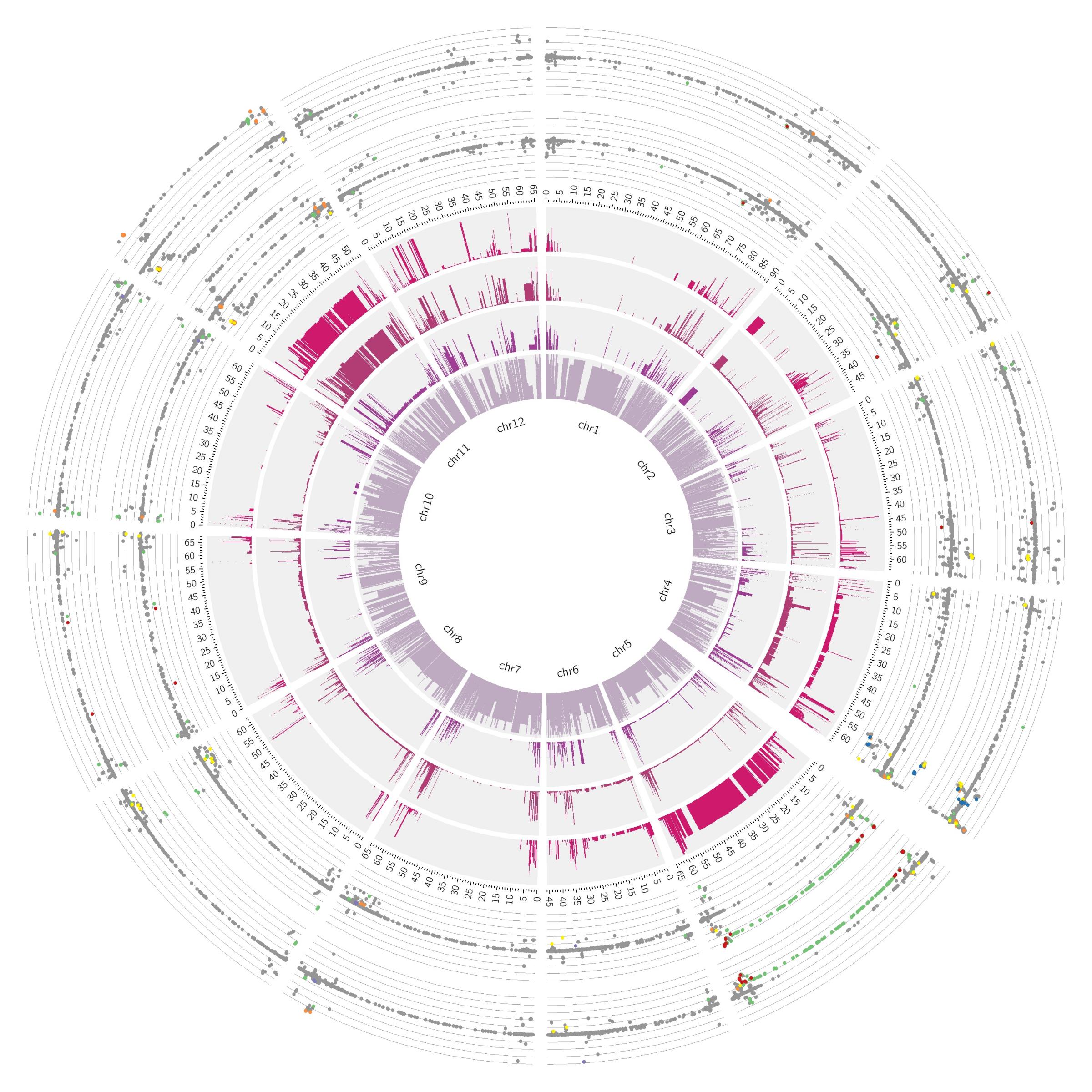 This tutorial describes how to install Circos and create figures using a Windows operating system.

A walkthrough for downloading and installing Circos on a Windows computer PDF 1.7 MB

Overview of a Basic Circos Image

The Circos program itself is run from a command line editor which calls and executes text files (configuration files) containing information used to make an image.  This makes the process of understanding how the syntax and grammar of configuration files affect their associated images somewhat slow.  The accompanying PDF (14.1 MB) will allow you to quickly scroll through side-by-side images and configuration files to understand basic functions of Circos more rapidly.  Video demonstrations below will take you though this same PDF file and provide explanatory comments.

After you have completed the tutorial and are starting to feel comfortable with Circos, you can try and recreate the more complex image in Fig 1, or use data from your own project to make an image.  Data and configuration files for the Fig 1 image (and images used in the tutorial itself) are included in the attached folder bin_data_images.zip below.  You will need to decompress or unzip these folders after downloading.  Put the files/folders contained in the “bin” and “data” folders into the folders of the same name in the main Circos folder that will appear after you install the program.